You are here: Home / UZIMON 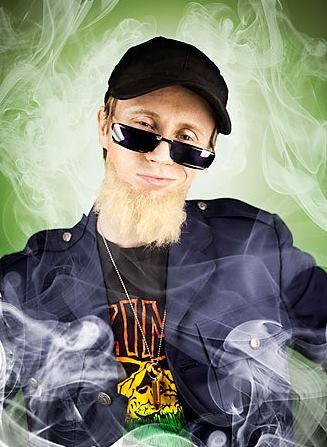 The World’s Greatest Reggae Artist – The mysterious, eccentric, and megalomaniacal UZIMON exploded onto the NYC Reggae Scene in 2010.

“Bermuda, Stand up Or not …either way, I love this!” – UZIMON

The Legend – The mysterious, eccentric, and megalomaniacal UZIMON exploded onto the NYC Reggae Scene in 2010. Collective panties were twisted and lines fiercely divided, but one thing was apparent. UZIMON’s own hilarious and outlandish version of dancehall/rub-a-dub and rocksteady revival infused with the raw authenticity of his backing band, gave this antics-prone artist a stage show like no other.  Straight out of his homeland of Bermuda and into the heart of Brooklyn, UZIMON has a reputation for whipping even the most sluggish of audiences up into a Dionysian frenzy, blending theatrics and humor with infectious melodies and hypnotic reggae grooves.  He has sold out shows at NYC’s top venues, international festivals, and continues to build a fan base in the college market and East Coast Reggae scene.

He has toured, billed with, and shared the stage with such international artists as Beres Hammond, Collie Buddz, Ziggy Marley, Maxi Priest, Raekwon, Cam’ron, The Slackers, Rubblebucket, Langhorne Slim, The Fab Faux, Vic Ruggiero and Milton Henry to name a few. His record “Pussy Weapon” (2011) was produced by Grammy-Award Nominated Producer Joe Ferry (The Skatalites”). His most recent record “Showdown” is produced by Brett Tubin of Channel Tubes Records and features production work and music by members of John Brown’s Body, and Victor “Ticklah” Axelrod (Dub Side of The Moon, Amy Winehouse, Sharon Jones and The Dap-Kings) He is currently working on his next release.

It has also been rumored UZIMON can kill a man with his “lyrical bullets”. This has yet to be documented.

“You may not understand what he is talking about, but this guy can rap and sing with the best of them” –